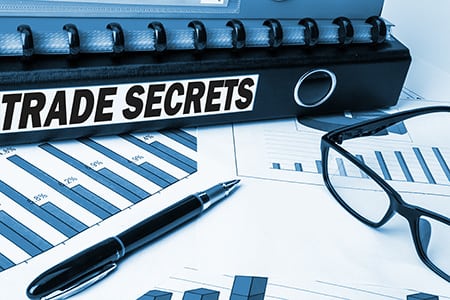 In 2013, The Texas Uniform Trade Secrets Act (TUTSA) went into law, making significant changes to a number of aspects of the law protecting trade secrets within the state. The TUTSA applies to misappropriations of trade secrets that take place on or after September 1, 2013 – cases before this date are still governed by common law.

Under the Texas Uniform Trade Secrets Act, a “trade secret” includes a wide variety of types of information that “derive independent economic value…from not being generally known to, and not being readily ascertainable to, other persons who can obtain economic value” from it, and for which reasonable measures are taken to keep it secret.

Since secrecy matters, information that is disclosed to third parties generally won’t be treated as a trade secret. However, the timing of the disclosure matters. For example, suppose that an employee of Company X smuggles a formula for a breakthrough chemical compound out of her workplace and sells it to another company. A month later, the U.S. Patent and Trademark Office grants Company X a patent on the same formula. While Company X cannot claim the formula is a “trade secret” after the patent is granted (because patents are public information), it may be able to claim that the formula was a trade secret before the patent was filed.

In addition, to be protected as a trade secret under Texas law, the information must derive at least some of its economic value from being secret, or at least from not being widely known. This economic value may be actual (it is generating value currently) or potential (it can generate value).

General knowledge cannot become the subject of a trade secret dispute, even if a company applies the same secrecy methods to that knowledge as it does to all information it handles. Likewise, if information is “readily ascertainable” – for instance, if a chemical compound can be broken down in a lab to determine its contents – the information is not likely to be treated as a trade secret.